A surprise from Luis Enrique and madness from Bale 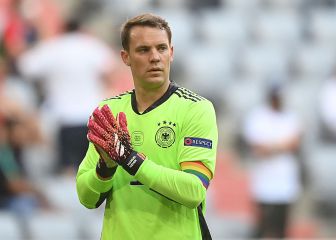 A surprise from Luis Enrique and madness from Bale

We enjoyed a crazy game at the Bernabéu after the earlier jolt generated by the surprise news that Luis Enrique is to step down as Barcelona head coach come June 30th. The night was later compounded by Gareth Bale's sending off at the Bernabeu after the red mist came down as Madrid fought back from 1-3 down in the 85th minute to salvage a point. The outcome from an eventful night is a change at the top of the table (Barça top, with Madrid still having a game in hand). We also heard whistles directed at Zidane when Isco was substituted and the spotlight is falling on Keylor as one of the reasons for Real Madrid's recent indifferent results with patience for the Costa Rican stopper running low I fear.

The Luis Enrique news was a surprise due to timing of the announcement. We all sensed that his time at the club as first team coach had come full circle and the Messi reaction to the Leganes penalty was possibly an insight to underlying tensions at the club. The question needs to be posed about the timing of the announcement. Was he aware of movement behind his back at the Catalan club regarding a future coach? Maybe he felt the deceleration would ease tensions within the club as Barça still have three titles to challenge for with the cup and league real possibilities and despite a amazing comeback against PSG a tall order, it's still not out of the realms of possibility that the Catalan club could pull off a surprise and end up in the Champions League quarter final draw on March 17.

Madrid certainly did their bit in helping Barcelona in their quest to retain their league title with a crazy match which had everything. Gareth Bale left his side with ten men as Las Palmas cruised into a 1-3 lead at the Bernabeu. As the game wore on, the Canary Islanders abandoned their slick passing style which had served them so well on the evening and edginess crept in as Madrid pushed to claw-back something from the game and indeed a last gasp Cristiano goal secured a point for the hosts with a superb headed finish from the No.7. The performance by Zidane's men raised many question marks and Marcelo was clearly agitated by the team's endeavour in his post game pitch-side interview.

Guardiola: I'm sad as he was the perfect coach for Barcelona