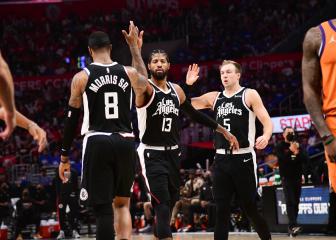 England coach Eddie Jones is not in a perky mood despite his side being close to equalling New Zealand's winning run and a championship defence on the cards.

For a man on the brink of matching rugby's world record winning run, England coach Eddie Jones cut an irritable, tetchy figure on Thursday during a news conference that left everyone wondering what he will be like when he loses a game.

One game from equalling record

Victory for the defending Six Nations champions over Scotland at Twickenham on Saturday would take England's winning run to 18 - matching the tier one record set by New Zealand up to last year. Jones has been responsible for 16 of those victories in a dream first 15 months in the job but the last of them, against Italy two weeks ago, clearly still rankles.

The Australian was furious at Italy's no-ruck tactic in that game and after pundits and ex-players were united in criticising his team for taking too long to adapt to it, he did not seem to have calmed down in the fortnight since.

"I thought we dealt with it fantastically well," he said. "There was someone confused in the first half and it wasn’t our players," he added, presumably in reference to French referee Romain Poite.

Scotland to play the right way

Asked what he expected on Saturday and whether he had briefed his players to be ready for any similar twists, he said: "I know Scotland are going to participate in the spirit of the game, so we don’t need to worry about anything."

Jones, a master media manipulator during his time as Australia coach, also appeared to be upset at stories suggesting that Billy Vunipola would be in the starting team based on photos of a tactics session on a whiteboard at the team's training base.

"The Daily Telegraph picked him for us and we decided we’d change our minds," he said of Vunipola's selection among the replacements after his recovery from injury. "We didn't say he would play."

Centre Owen Farrell received lengthy treatment for an injury during morning training but Jones, becoming more irascible with each question he faced, was in no mood for clarification.

"He could be in doubt, mate," he said, with the familiar Australian form of address conveying anything but fraternity. "He's got a bad leg, so he couldn’t finish training. I think he ran into my dog. I think he’ll be alright. He's in doubt but we'll see."

"I’m not going to tell you that mate. I’m sure you’ve got a long range camera and you can go into one of the rooms and find out."

Pressed for more detail on his key goalkicker, he said: "I’m not going to tell you that mate. I’m sure you’ve got a long range camera and you can go into one of the rooms and find out."

Despite the winning run, England have not been at their best in the their three championship wins this year and have yet to lead any of the games at halftime. Despite previously suggesting that he had not prepared the players well enough, Jones was this time dismissive and contradictory when asked if he was concerned about the succession of slow starts.

"No because we've been ahead at the 80-minute mark and that’s the only time that counts," he said. It's a big game on Saturday and we’re preparing to start well - we’re not preparing not to start well.

"But if I knew how to fix it then I would, and I haven’t been able to fix it so I don’t know."