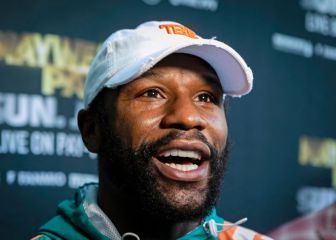 McLaren Honda driver Fernando Alonso made it clear that winning is what matters to him, and also stated that he would like to continue in Formula One.

Fernando Alonso gave a clear answer to a question about a possible return to Ferrari at the end of this season during an interview in Barcelona.

“I’m open to anything. If in September or October, I see a possibility of winning with McLaren I will be willing to stay. But if not, you have to keep in mind that this is my last year with a contract in force.”

He continued, “I don’t just want to race, I want to win. I’m happy with the team, but I’m not winning.”

The Asturian will have a wide range of options open to him when his contract at McLaren Honda expires at the end of this season; from a renewal at McLaren, to a departure from Formula 1 altogether. Within that range of options, could be a return to Ferrari.

“As I said at the start of the year, this is my last season with the contract that I have at the moment, so I will have to think after the summer. Right now things are hectic, with everything going on with Indianapolis.”

Alonso repeated what he said in an interview with AS while in Australia: “Now is not the time to think beyond this summer, but in September or October, I will need to consider what I will do next year… If it’s the moment to look for challenges outside Formula 1, or if an opportunity will arise to win the Championship, which is my main objective.”

He reiterated that F1 is his main focus: “My intention, or my main priority, is to race here [in F1], and I want to win. At the moment, I don’t have aby obligations towards McLaren, I’m happy with the team, but we’re not winning.

A cheery Fernando Alonso says 'nice surprises' are to come

Button: Monaco return a dream for a racing driver