The case of Neymar, LaLiga, and Cristiano Ronaldo 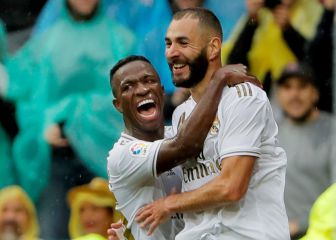 The case of Neymar, LaLiga, and Cristiano Ronaldo

I don’t think that Javier Tebas’ resistance to the Neymar operation will cause it to be called off. The letters have been delivered, the money is on the table, and Barça are resigned to losing the player. Depending on how Barcelona spend the subsequent fortune, the affair could work out badly, average, or quite well. Joan Gaspart [Barcelona president 2000-03] spent the Luis Figo money on Overmars, Petit, Gerard López, and Alfonso. It was not a success. A few days ago, Santiago Segurola wrote in AS that between Arda, Alexis, Aleix Vidal, Denis Suárez, Cillessen, Umtiti, Digne, André Gomes, and Semedo, Barça have spent €222m on transfers, the same amount that PSG will pay for Neymar. The catchphrase explained by José Mota [a Spanish comedian], that everything evens itself out in the end, cannot be said in this case.

Maradona left and Barcelona bounced back

I don’t know how well Barça will emerge from all of this. Xabier Fortes, our very own Culé from the North East, reminded us that when Maradona left Camp Nou, it felt like the end of the world. Yet the team invested wisely in Caldaré and Rojo, amongst others. They won the first game of the LaLiga season 0-3 in the Bernabéu, and ended up lifting the title after three years without league success. The next season, they reached the final of the European Cup, only to lose on penalties, inches from the trophy. Fortes’ reflection serves as a reminder that nobody is indispensable, not even Diego Maradona. It is time for Barcelona to manage themselves well.

Neymar a loss to Barcelona and LaLiga

That said, Barça have still suffered a loss. So too has LaLiga; a diamond is leaving. In the general imagination, or at least in terms of shirt sales, Neymar is the third-best player in the world. As Javier Tebas said, it would have been really worrying if we were talking about Cristiano Ronaldo or Lionel Messi, who are a different kettle of fish altogether. Yet we have to remember that Neymar is the first serious loss that LaLiga has suffered. It will scare others in Spain, who are being raided by the Premier League’s TV rights, and ‘state-backed clubs’, to use Tebas’ phrase. It is also a reminder for Cristiano Ronaldo, for whom no club has made a serious offer. But a club is willing to pay €222m for Neymar. It’s more than just a jog in the park.

Messi bids Neymar farewell with video: "It's been a pleasure. Tkm"

Javier Tebas: 'LaLiga will not accept PSG's money for Neymar'