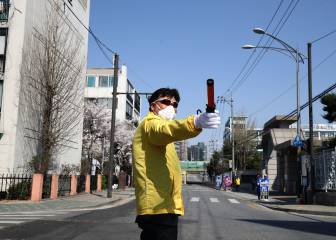 The ATP have sanctioned the Australian player for unsportsmanlike conduct and he will not collect his prize money as well as having to pay the fine of 8,500 euros.

Temperamental Australian Nick Kyrgios was fined $10,000 and lost another $21,085 in prize money on Wednesday after storming off midway through his first-round match at the Shanghai Masters.

The 22-year-old Kyrgios was again in the spotlight following what was just his latest controversy on Tuesday.

The ATP said it had fined Kyrgios for unsportsmanlike conduct and he will not collect his prize money because he failed to get signed off for a medical after retiring from his match against Steve Johnson.

Kyrgios's time at the Shanghai Masters is over after he also pulled out of his scheduled doubles match with Frenchman Lucas Pouille on Wednesday.

He apologised after walking off court on Tuesday, having lost the first-set tie break. In a statement posted on Twitter a few hours later he said that he had a 'stomach bug' and had hurt his shoulder.

It was a nasty case of deja vu for the world number 21 -- a year ago he argued with spectators and was accused of giving away points in a defeat in Shanghai.

The talented but fiery Kyrgios was consequently fined and suspended.

His immediate future in tennis is again under threat following Tuesday's incident, when he hastily exited the court with jeers and boos ringing in his ears.

It came after he complained about the umpire and spectators in the arena, and was docked a point penalty for the second match running because of his conduct, which included blasting a ball out of the court in a flash of rage.

Roger Federer “couldn’t be happier” with his year so far