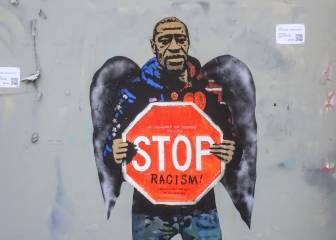 Maria Sharapova crushed Peng Shuai 6-3, 6-1 at the Tianjin Open on Saturday to reach her first final since serving a 15-month doping ban.

Five-time Grand Slam winner Maria Sharapova crushed Peng Shuai 6-3, 6-1 at the Tianjin Open on Saturday to reach her first final since serving a 15-month doping ban. The 30-year-old Russian, playing on a wildcard in the seventh tournament of her comeback, hit top gear as she swept aside the Chinese third seed in one hour, 18 minutes.

Sharapova eases to win in Tianjin

In front of a large home crowd, a business-like Sharapova broke four times and conceded zero breaks of her own before wrapping up the semi-final with a clinical crosscourt forehand. In Sunday's final - her first since she won the Italian Open in May 2015, she will be the red-hot favourite against 102nd-ranked Belarusian Aryna Sabalenka, who beat qualifier Sara Errani 6-1, 6-3.

Sharapova has had a stop-start and injury-hit season since her controversial return at Stuttgart in April, following her ban for using the banned substance meldonium. The statuesque former world number one reached the Stuttgart semis but she retired in the Italian Open second round and also withdrew from her second-round match at Stanford.

She missed Wimbledon qualifying because of injury and she wasn't offered a wildcard to the French Open, but she reached the US Open last 16 on her return to Grand Slam tennis. She has cut a swathe through the limited draw in Tianjin, beating Irina-Camelia Begu, Magda Linette, Stefanie Voegele and Peng without dropping a set.

Sharapova, one of the world's highest-earning female athletes, will now expect to win her 36th career title and end a trophy drought of more than two years - the longest since her debut win in 2003.

By contrast Sabalenka, 19, is gunning for her first WTA title after a run to the Tianjin final that included wins over China's Duan Ying-Ying and Lin Zhu. Sharapova, currently ranked 86th, has also been handed a wildcard for next week's Kremlin Cup in Moscow, which she will play for the first time since 2007.