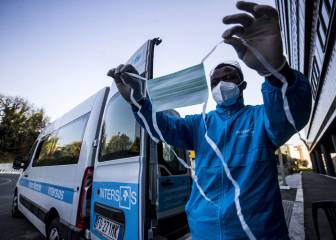 The local favourite has put himself in pole position for his first win since his Master victory leading Englishman Brooks by a single stroke.

Home favourite Sergio Garcia will carry a one-shot lead over surging Englishman Daniel Brooks into Sunday's final round of the Andalucia Valderrama Masters.

Garcia, whose foundation is hosting the event in southern Spain, shot a three-under par round of 68 to edge ahead of Brooks, who hit the lowest round of the week so far with a seven-under par 64.

Overnight leader Joost Luiten is two shots off the lead after an even par round with Scotland's Scott Jamieson and Welshman Jamie Donaldson a further shot back.

"I'm going to go out there tomorrow and try to post another under par round and see what happens," Garcia told europeantour.com.

"Good rounds are possible there but they have to be spot on. "It's still a long way tomorrow to come so we can't get too much ahead of ourselves."

The Masters champion hasn't won a tour title since claiming his first major six months ago.