Tiger Woods heralds 'Return of the Stinger' in tweet 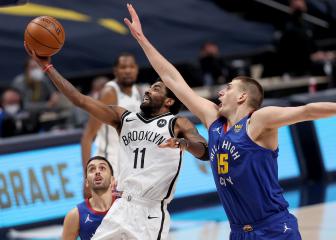 Tiger Woods heralds 'Return of the Stinger' in tweet

Former world number one showed some healthy progress following his latest back surgery as he posted a video of himself getting into the swing of things again.

Tiger Woods displayed progress Monday in his latest back surgery comeback bid, the 14-time major champion posting a video of himself on Twitter hitting a 'stinger' shot with a long iron.

Former world number one Woods, who eight days ago posted a video of himself hitting a driver, has only recently been approved to resume full golf activities after a six-month recovery from lower back fusion surgery, his fourth back surgery, in April.

Return of the Stinger. #starwars pic.twitter.com/R7srIDGXjl

Woods, 41, used the Stinger shot to great advantage during his heyday more than a decade ago, but has not played since February, when he withdrew from the Dubai Desert Classic and has not won a major since the 2008 US Open.

Woods posted the message 'Making Progress' with his driver video after an October 7 post that noted 'Smooth Iron Shots.'

Last December, Woods made a short-lived comeback at the Hero World Challenge, a small-field invitational event in the Bahamas to benefit his charity foundation, and if his game and health allow he could still enter this December's edition of the event, two open spots remaining in the field.

Woods served as a US team assistant captain at the Presidents Cup last month and said he was uncertain if he would ever return to competitive golf.