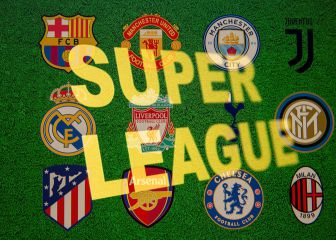 Fuenlabrada is a suburb located to the south of the Spanish capital and just twenty years ago had a population of just 20.000 inhabitants, this has risen to today's residential count of more than 200.000 people. It's a typical suburb which has seen the past problems of urban speculation now addressed with the town boasting large avenues, public parks and a great public transport links and considered by many as a fine place to live. The fourth round draw of this year's Copa del Rey competition was kind to "El Fuenla" as they were paired against Real Madrid and immediately placed the town on the national map and tonight their compact stadium named after Atleti player Fernando Torres, will be beamed into households throughout the world.

I like this stage of the Spanish Cup when smaller sides get to face established giants of the game. Both Barça and Atlético were drawn against clubs who have recently graced the top flight in Real Murcia and Elche. Balearic island outfit Formentera drew cup specialists Athletic, but, arguably the plum draw for the smaller sides was that of Fuenlabrada as the income generated from their match against Real Madrid is set to cover a quarter of their annual budget. This will help the 2B side to secure reinforcements in the winter transfer window in their bid to achieve the club's main objective: promotion to the second division. This is not out of the question with Antonio Calderon's men currently lying second in the league and looking to address last season's disappointment of falling short in the play-offs.

A delegation from the club came to visit the AS offices last week and it was wonderful to sit and chat with the club directors brimming with enthusiasm. The club president is a chap in his 30's (Jonathan Praena) who made his fortune in the seafood business and now is involved in the constriction industry. He is passionate about his native Fuenlabrada and has surrounded himself with a capable group of directors. Whilst they don't rule out another "Alcorconazo", they are realistic enough to realise that their main objective for the club is that of promotion to the Liga 1!2!3. After tonight's game against Real Madrid, they face Cerceda on Sunday, that's their bread and butter but for just one night they plan on hosting an unforgettable feast of football.