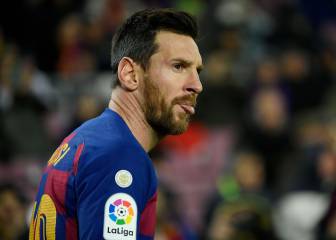 Red, when mixed with blue, makes purple, in the same way that blue and yellow makes green. But unfortunately, Spain isn’t really in the mood for humour right now; Adidas had the harmless idea of designing a new national team shirt featuring a vertical stripe in which the horizontal blue motifs merge with red stripes, giving a certain visual effect. When seen from a distance, in the same way that impressionist paintings should be viewed, it looks like a purple band next to a yellow one against a red background. Optically, it alludes to the colours of the Republic, an anathema for many, a cause for celebration for others.

A nod to the 94 World Cup finals

In their innocence, the good people at Adidas who designed the shirt and those at the Spanish Football Federation who approved it, only saw blue when they were inspecting the shirt from close range when in fact, it looks purple. The stripe is actually a reference to the shirt which Spain wore at the 1994 World Cup finals in the United States, in which there were two stripes, one yellow, the other, blue. But by using red stripes through the blue diamond shapes in the new shirt, makes it look more like purple, and with yellow next to it, and that has alarmed the traditionalists while [Podemos leader] Pablo Iglesias whooped in approval. It has caused havoc on social media.

At the Federation, which during the past few days has seemed like a blazing hornets’ nest, it’s the last thing they need right now. They approved the design, without seeing anything other than the retro nod to the 94 World Cup; that it has caused such consternation was the last thing they expected. All things considered, they don’t deserve the flak they’ve taken – and nor do Adidas. Someone with a keen visual eye might have anticipated the problem but that didn’t happen. So let’s forgive them. I doubt very much that the design was produced intentionally to stir up issues at a time when there’s no need to start imagining problems. We have enough as it is. It's a storm in a teacup which simply underlines that Spain isn’t in the mood for laughing and joking right now.