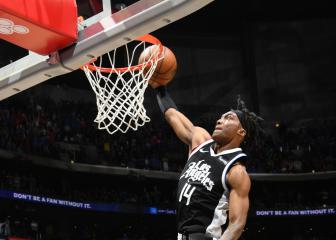 The Czech tennis player is keen to see the end of 2017 after suffering injuries to her hand in a knife attack last December.

Returning to playing tennis again was all Petra Kvitova could have hoped for after being stabbed in the hand last December and the twice Wimbledon champion is glad that a tough and emotional year is coming to an end.

The Czech required four hours of surgery on her left hand after being attacked by a man wielding a knife who had gained access to her apartment by posing as a utility worker.

Kvitova returned to action, after months of rehabilitation, during the French Open in May and went on to win the Aegon Classic in June. She last played at the Tianjin Open in October and was preparing to open her 2018 season at the Brisbane International in January.

"This year has been a rollercoaster. The beginning wasn't very nice, so I'm really glad that it's over. Now I can look at everything positively again," Kvitova added.

"It was a pretty tough year and I had a lot of emotions during my comeback... I can see that I can play tennis – and I can play it well, and for me this is the best outcome I could have hoped for.

"I have started to live with my new hand. I've started to try to like it, to love it and that's how I am going to take it. It's my hand and I am just happy that I have all of my fingers."

The former world number two had a successful run throughout the grasscourt season followed by progression to the quarter-finals of the U.S. Open and the semi-finals of the China Open.

Full movement yet to return

But the 27-year-old was yet to regain full fitness.

"It will probably take more than a year to get full movement back, I'm not sure," Kvitova told The Guardian.

"For tennis and for life, it's good. I've done everything that I could but there is still some space to improve it. I hope that with more time I will be even stronger."