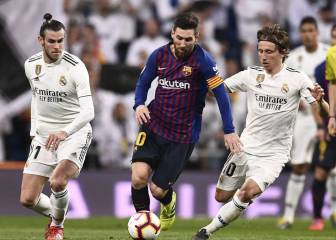 After making his first Barcelona start since returning from a torn hamstring, Ousmane Dembele posted a perfect passing record.

Ousmane Dembele recorded a 100 per cent pass completion rate on his return to the Barcelona team after over three months out due to injury.

The €105million August arrival from Borussia Dortmund, bought as a replacement for Neymar, made his return from a torn hamstring as a substitute in Thursday's first leg of his side's last-16 Copa del Rey tie at Celta Vigo.

Barca head coach Ernesto Valverde indicated after Dembele played 20 minutes of that 1-1 draw that the 20-year-old was not yet fit enough to start a game.

But Valverde sprung a surprise by naming Dembele in his side for Sunday's LaLiga game at home to Levante, which Barcelona won 3-0 to move nine points clear of Atletico Madrid at the top of the table.

Dembele was handed a free role in attack behind Lionel Messi and Luis Suarez - who both scored in the first half - and the France international was lively.

Despite showing some signs of rustiness, Dembele completed all 35 of his attempted passes, 29 of which were in the Levante half, before being substituted after 66 minutes.The unbeaten run continues! We have now gone 27 games since defeat in La Liga, the Copa del Rey and the Champions League (21 wins, six draws).

Valverde was impressed with the forward's contribution on his second LaLiga start, with no other Barca player boasting a perfect passing record.

"We are happy with him," Valverde said after Barca moved 17 points clear of Real Madrid.

"He played in a position that we knew he would perform. He has to help us. He has touch, speed and plays well. We feel good to have one more player."

Valverde's squad will be further bolstered by the arrival of Liverpool's Philippe Coutinho for a reported £142million fee, with the Brazil international set to be formally presented as a Barcelona player on Monday.

Yerry Mina deal is done; he will arrive in Barcelona tomorrow