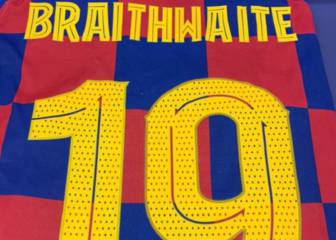 Alex Ferguson was one of Ryan Giggs' first ports of call as he took over the reins of the Wales national team in place of Chris Coleman.

Ryan Giggs revealed he spoke to his former Manchester United manager Alex Ferguson before taking over as the new head coach of the Wales national team.

The ex-United winger, who spent 23 years under Ferguson's tutelage at Old Trafford, was confirmed as the new Wales boss on Monday.

Giggs' appointment comes following Chris Coleman's resignation in November, while the 44-year-old was previously linked with managerial vacancies at the likes of Swansea City.

After Ferguson's United successor David Moyes failed to see out his first season, Giggs took interim charge of United for the final four games of 2013-14 and then worked as assistant to Louis van Gaal.

He departed upon José Mourinho's arrival and in a media conference on Monday, Giggs confirmed he had sought the advice of his former mentor Ferguson, under whom he won 25 major honours.

"It would be stupid not to," Giggs said. "He's one of the greatest managers of all time. I spoke to him but I want to be my own manager. I'm my own person."

Giggs' appointment was met with a mixed reaction among some supporters, but a player who won 64 caps for his country remains unfazed by any criticism.

"I'm not on social media - for that very reason!" he said. "But I know the criticism will come and I'll give my all to the job.

"The beauty of football is that everyone has an opinion and you have to take that. I did that as a player and I'll work hard to produce a winning team.

"So many times it's been said a good career as a player doesn't mean you’ll be a good manager. But I'll do exactly what I did as a player. I want to enjoy it, I've got a great group of players to work with.

"Who can forget the Euros? As a proud Welshman watching them in France [when Wales reached the semis], I want to get us back there. We should be there."