Madrid slip down the pecking order in LaLiga 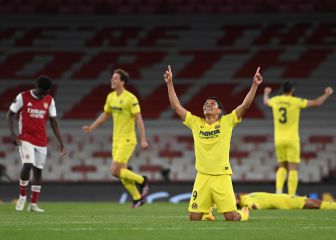 Madrid slip down the pecking order in LaLiga

The overnight table shows Real Madrid in an uncomfortable position in LaLiga - lying fifth, two points behind Villarreal, and level on points with Sevilla. It’s deceptive, because both teams have played two games more than Zidane's team, but the situation is nevertheless a worrying one. Now out of the running for LaLiga, Madrid, find themselves battling for fourth place. Fortunately this year, finishing fourth will allow them to directly qualify for next year’s Champions League, without having to go through the Play-Offs, but failing to clinch fourth spot would leave them in the Europa League which for Madrid would be a major step down. The unthinkable is happening – Zidane’s main objective right now is defending fourth place with Villarreal and Sevilla both equally as keen to deny them that luxury.

Goals dry up for Cristiano

So that’s how the land lies as the second round of matches gets underway. And on top of that, there’s the unrest surrounding Cristiano, who once again thinks he’s not getting enough love. In fact, he loses support every time he goes into one of his sulks and now he is not even justifying his demands with goals like he always did in the past. Today though he has an opportunity, against a subdued Depor side who have seen that replacing Pepe Mel with Cristóbal hasn’t changed anything. The SuperDepor of yesteryear is now an insecure side loitering in the lower regions of the table with the second worst defensive figures in the category. They have used four different goalkeepers during the first half of the campaign: Rubén, Tytoń, Francis and Pantilimon. None of them have convinced – and they have just brought in another one - Ukranian shotstopper Maksym Koval who joins from Dinamo Kiev.

The 'BBC' back in business

Benzema is fit to return following time out with a mystery injury. A lot of strange things are going on with this Real Madrid side. Let’s just imagine for a moment that he doesn’t feature in the starting line-up, although it would be feasible for him to come on the hour mark or thereabouts. Will we see the ‘BBC’ frontline which Zidane has so much faith in? It’s possible. The Bale-Benzema-Cristiano attack is the ostentatious face of Real Madrid – the stats show that with those three on the pitch the team scores more goals but loses more games because they concede more. Three great players who tend to shirk their defensive duties, which leaves the rest with more work to do. But the current outlook for Madrid is so depressingly uninspiring that the prospect of seeing the BBC back together again is almost appealing because it actually might shake the team back to their senses.