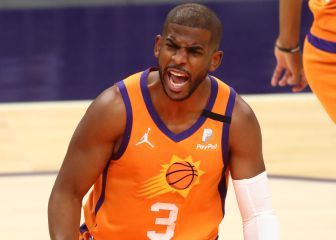 DeMarcus Cousins posted an incredible statistical feat matched by only four other players in NBA history. The Pelicans power forward scored 44 points to help New Orleans to a 132-128 double-OT win over the Chicago Bulls on Monday. If that wasn't enough in itself, he also brought down 24 rebounds and made 10 assists.

Fifth player to manage the feat in the NBA

According to the Elias Sports Bureau, that is only the 10th 40-point, 20-point, 10-assist game in NBA history. Only Wilt Chamberlain, who pulled off the feat six times, Kareem Abdul-Jabbar, Elgin Baylor and Oscar Robertson have registered the numbers Cousins put up Monday. Abdul-Jabbar was the last to turn the trick, in 1972.

Only two players in @NBAHistory have ever totaled as many PTS/REBS/ASTS in a single game as DeMarcus Cousins (44 PTS/24 REBS/10 ASTS) did tonight:

WHAT. A. STAT. LINE.@boogiecousins finishes his amazing night, setting a new season-high for #NBAFantasy points in a game with 97.8 FPTS!

Warriors without Curry for Clippers clash