Woods grouped with Reed and Hoffman at Torrey Pines 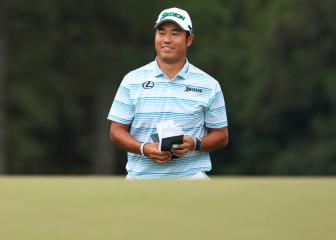 Woods grouped with Reed and Hoffman at Torrey Pines

It has been a year since Tiger Woods was last seen on the PGA Tour and he is grouped with Patrick Reed and Charley Hoffman at Torrey Pines.

Tiger Woods returns to full-field, competitive golf on Thursday and will tee off with Patrick Reed and Charley Hoffman at the Farmers Insurance Open at Torrey Pines.

It has been 12 months since Woods was last seen on the PGA Tour, when he missed the cut at the same event.

The 14-time major champion will tee off in the same group on Friday, with the field being trimmed after 36 holes.

Woods' most recent competitive play was at December's limited-field, no-cut Hero World Challenge, where he shot three rounds in the 60s but showed some signs of rustiness on and around the greens.

He has recorded eight career victories at Torrey Pines, including his most recent major title, the 2008 U.S. Open.

Woods has endured four back surgeries since 2014, but seems more optimistic this time around after taking it slow with his recovery.