'We are working on names' - Benitez still hopeful over January additions 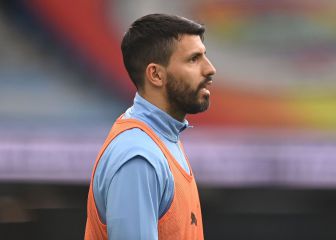 Barcelona set to confirm Agüero signing at end of season

'We are working on names' - Benitez still hopeful over January additions

Newcastle United manager Rafael Benitez is still keen to add to his first-team squad before the January window closes.

The Premier League side have managed to sign Kenedy on loan from Chelsea, with the Brazilian potentially in line to make his debut against Burnley on the same day the window closes.

While insisting his main focus is on the league clash at St. James' Park, Spaniard Benitez hopes the club's hard work behind the scenes will be rewarded before the end of January.

"We have some time and we have an important game tomorrow, I will not talk about the window. I will concentrate on the game and ensure we will not lose focus on that," he told the media.

"We still have time I am confident we can do something. I will not spend too much time speaking about that.

"Yes, we are working on names and we have worked for one month, longer than one month.

"The last month we have worked on the names we had on the list, we still have some time. It's not how disappointed I am or not, I want to concentrate on this game."

Rafa: “Burnley are a good team. They are organised and they know what to do to get points. We will have to do well and we are confident that we can do it.” #NUFC pic.twitter.com/CFnSymwOJd

Kenedy has joined for the remainder of the season after struggling to break into Antonio Conte's first team at Stamford Bridge.

However, Benitez believes the 21-year-old can make a difference for Newcastle, who sit 15th in the table, just a point above the relegation zone.

"At the beginning of this season we were looking for a player in this position who could play left full back, winger, wing back," the former Real Madrid manager told Newcastle's official website.

"[He is] an offensive player and he was a very good option for us. We couldn't do it, but we have done it now.

"He's a young player, he needs to play, to understand the way we play, but I think he has the quality and the potential to do well for us."