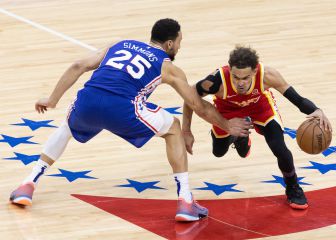 Former F1 supremo Bernie Ecclestone has blasted Liberty Media's decision to end the use of grid girls at grands prix.

Models displaying a driver's name and number pre-race had become a feature of every race since their introduction under Ecclestone's rule.

However, F1's decision to stop using models on the grid on Sundays follows a similar decision by the Professional Darts Corporation to end the use of walk-on girls at major televised events.

F1's new owners Liberty Media said the decision was based on the fact that the tradition "does not resonate with our brand values and clearly is at odds with modern-day societal norms".

Ecclestone: "People enjoyed seeing the girls; they were necessary"

But Ecclestone, who built his F1 empire on the back of marketing the sport as a glamour past-time, says grid girls were good for the business.

He told Sky News: "These girls did nothing harmful to anybody. They were smartly dressed. We might as well say we don't want people to go to a fashion show because, basically, that's what happened.

"These girls did nothing harmful to anybody. Sponsors wanted to see the people that represented them very smartly dressed, which is what they did.

"I thought people enjoyed seeing the girls and they were necessary really, because when a driver wants to get on to the grid it's much better and easier for them to know their place where they need to stop."