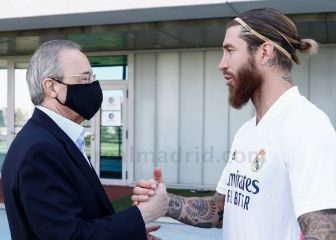 Marco Reus has spent a full week training with Borussia Dortmund after a lengthy lay-off, but coach Peter Stöger is hesitant to recall the recovering forward.

Peter Stöger says he would rather wait to make a decision on when Marco Reus will return to action, with the forward back in training with Borussia Dortmund and keen to play. Reus suffered a partial tear to a cruciate ligament in his right knee during Dortmund's DFB-Pokal final victory last May - the latest in a series of serious injuries - and has not featured for club or country since.

With the 28-year-old having spent the past week in full training, Stöger must now decide when to reintroduce him to the team. "Reus has this week been training normally," the coach told reporters in today's a press conference ahead of this weekend's Bundesliga clash with Hamburg. "We know that he wants to play and he knows that we would like to have him there. We will decide in the near future. "He can change a game seriously due to his quality, but I don't want to push him."

Michy Batshuayi netted twice and provided an assist on his debut against Cologne last week, having been signed on loan from Chelsea as a replacement for Pierre-Emerick Aubameyang on transfer deadline day. Stöger is confident Aubameyang's departure has not impacted his fourth-placed side, despite Dortmund chief executive Hans-Joachim Watzke warning players he will not allow them to force a move like the Gabon international.

"In the team, the issue wasn't that big like in the press," he said. "Clearly, he is one of the best strikers and an interesting player in the European or Chinese market. This is a story worth reporting on, but we weren't talking every day about the situation. Generally, I'm glad that the transfer period is over, because now we have a constant situation with our players until summer. The players are all ready to play for the club. But, as I have already said, the atmosphere during training wasn't bad at all. One or two things didn't go ideally but there weren't unhappy players. I have said it a few times and this is still true."

Dortmund's Sancho out for several weeks with ankle injury