Djokovic crashes out on Tour return 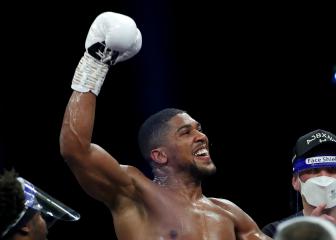 Djokovic crashes out on Tour return

Novak Djokovic's return to the ATP Tour lasted just one match as he was beaten in three sets by Japanese qualifier Taro Daniel.

Novak Djokovic's first match back after elbow surgery ended in disappointment as the former world number one was beaten by Taro Daniel in the second round of the Indian Wells Masters on Sunday.

Djokovic goes down to 109th-ranked Daniel

In just his second tournament since Wimbledon last year – his first comeback at the Australian Open in January saw him lose in the fourth round to Hyeon Chung before he decided to go under the knife for a "small medical intervention" – Djokovic looked well below his best as he went down 7-6 (7-3) 4-6 6-1 to a man ranked 109 in the world.

Djokovic, who gained a first-round bye, ought to have won the opening set but squandered a break point at 5-2 and the chance to clinch it on serve a game later.

Daniel, to his credit, held his nerve in the breaker as Djokovic lost his range – and his temper – to fall behind.

The five-time Indian Wells champion regained his composure and the momentum by breaking for a 4-3 lead in the second, only to again struggle to get the job done.

Daniel had two break points to level it at 5-5 but, this time, Djokovic did come through – despite wasting his first set point with a horribly shanked drive volley.

After both players spurned opportunities at the start of the decider, it was Daniel who made the first move by establishing a 4-1 advantage as Djokovic appeared to wilt in the Californian heat.

And there was to be no way back as 25-year-old Daniel celebrated the biggest win of his career in two and a half hours, marking his first victory over a top-20 opponent.