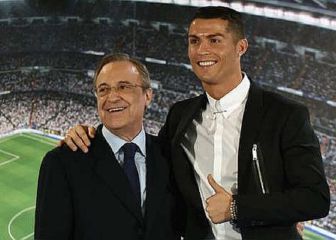 Eusebio Di Francesco hopes Roma will avoid Sevilla in the Champions League last eight as he and good friend Vincenzo Montella are eyeing a meeting in the final in May.

On Tuesday, Di Francesco's Giallorossi defeated Shakhtar Donetsk 1-0 to advance via the away goals rule following a 2-1 first-leg defeat in Ukraine.

Meanwhile, Montella's Sevilla stunned Manchester United at Old Trafford as Wissam Ben Yedder came off the bench to strike twice in quick succession and send his side into the quarter-finals of Europe's premier competition for the first time in 60 years thanks to a 2-1 aggregate success.

Former team-mates at Roma, Di Francesco joked that he and Montella were hoping not to be paired together in Friday's draw, as they keep their eyes on the bigger prize.

Di Francesco: "We have to dream and be ambitious"

"I spoke to Vincenzo Montella a few days ago and we aim to meet in the final, this is why as friends we do not want to face each other at this stage of the competition," he said.

"Joking aside, we have to dream and be ambitious. I am not interested about the team we will face. Now we have to think of taking in what we have done.

"We must keep the balance, I am going to repeat this word six times, balance within this context and think about the next game against Crotone.

"Whatever happens in the Champions League is going to be welcomed and we will face it as a great team, you can be sure about this."