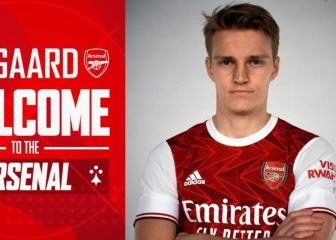 Sevilla have not been given enough credit for knocking Manchester United out of the Champions League at Old Trafford, says Diego Simeone.

Sevilla made it look straightforward

Vincenzo Montella's decision to send on Wissam Ben Yedder proved a masterstroke as the striker scored twice in six minutes to set up a 2-1 aggregate win, Romelu Lukaku's reply proving only a consolation.

Much of the post-match reaction has been dominated by analysis of United's limp performance, with the achievement of Sevilla - Europa League champions three years in a row between 2014 and 2016 - somewhat overlooked.

And Simeone does not think it is fair for Sevilla's triumph to be judged in the context of Jose Mourinho's United side suffering a surprise Champions League exit in the round of 16.

"It is concerning that the general consensus is that this was anything other than a magnificent achievement with a great deal of weight and importance," Simeone said ahead of Thursday's Europa League tie with Lokomotiv Moscow.

"Sevilla played with huge levels of motivation, discipline and enthusiasm and their approach put them in good stead and made this look like a straightforward achievement."

Simeone remembers what UEL has done for Atleti

Atlético hold a 3-0 lead from the first leg of their last-16 clash with Lokomotiv but Simeone is not taking a place in the quarter-finals for granted.

"For me, everything I play is important," he said. "We use these games as a way of continuing to grow, as we have been doing for six years.

"Don't forget what made us strong, because I remember the old days in the Europa League when we had no sponsor on the shirt. Now, we cannot forget that if we want to keep growing.

"We aren't thinking about what can happen later, only about overcoming the tie tomorrow. The objective is always our work day to day. You will fill that periodically with opinions and debates, but what concerns us is to progress past each stage. The reality is tomorrow's game and it is the only one that counts."