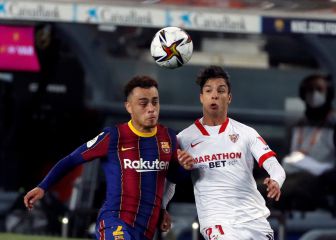 Bayern Munich coach Jupp Heynckes has indicated he does not think an injury sustained by Thiago Alcantara against Besiktas is serious.

The injury Thiago Alcantara suffered against Besiktas in the Champions League is not thought to be serious, according to Bayern Munich coach Jupp Heynckes.

The Spain international scored Bayern's opening goal in a 3-1 victory over the Turkish champions that booked a place in the quarter-finals of the tournament.

But Thiago - restricted to nine Bundesliga starts this season due to various injuries - limped out of the action before half-time after appearing to take a blow to his foot.

Heynckes set a Champions League record with his 11th straight win in the competition and the Bayern boss confirmed Thiago's substitution was a precaution.

"Thiago has signalled that he felt pain under the sole of his foot," Heynckes said.

"We have to wait for the investigations tomorrow, but I do not think it's that serious."

Thiago himself indicated in a social media post the problem is not likely to rule him out of action for an extended period.

"It was pleasure to see two of the best crowds at the same stadium," Thiago wrote on Twitter.

Bayern's 8-1 aggregate win over Besiktas sees the Bundesliga leaders - who can wrap up the league title at the weekend - march on.

And Heynckes, who named a strong side despite Bayern's 5-0 first-leg victory, was pleased with his side's dominant showing in the tie.

"If you see both games, we have progressed confidently," Heynckes said. "Besiktas has not lost at home so you can see that this is a very strong team. It is not easy to win here.

"At the score of 7-0, there was the certainty that we reached the quarter-finals. That it drops a bit here and there is quite normal. The only downer was that we got too many yellow cards."