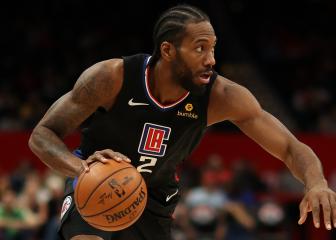 For the sixth time in 11 meetings, Simona Halep went down to Agnieszka Radwanska.

World number one Simona Halep made a third-round exit at the Miami Open as Angelique Kerber and Victoria Azarenka moved into the last 16.

Halep suffered a three-set loss to Agnieszka Radwanska on Saturday in the 11th meeting between the pair.

But that was the biggest surprise at the WTA Premier event as Kerber, Azarenka, Karolina Pliskova and Garbine Muguruza were among the winners.

The Romanian had won five of the previous seven clashes between the pair, but Radwanska's victory saw her edge 6-5 in front in their head-to-head.

Kerber has enjoyed a strong start to the year and it continued with a convincing 6-4 6-4 win over Anastasia Pavlyuchenkova.

The German holds a 23-5 win-loss record in 2018 but is still bidding to add to her Sydney title won in January.

US Open champion Sloane Stephens also got through, leading Monica Niculescu 6-7 (1-7) 6-3 4-0 when the Romanian retired.