Lehmann: "Telling the players I'm leaving was the toughest thing I've ever had to do" 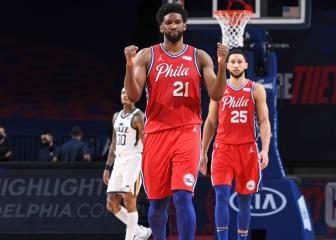 Lehmann: "Telling the players I'm leaving was the toughest thing I've ever had to do"

The pain suffered by Steve Smith and Cameron Bancroft played a part in convincing Darren Lehmann it was the right time to resign as Australia coach.

Darren Lehmann said informing Australia's players of his resignation as head coach was the toughest thing he has ever had to do, but he believes his decision to step down is the "right thing for Australian cricket".

Despite initially signalling an intent to stay on in his role following the ball-tampering scandal that marred the third Test between Australia and South Africa in Cape Town, Lehmann confirmed on Thursday he will walk away after the fourth and final Test in Johannesburg, which starts on Friday.

BREAKING: Darren Lehmann has announced that the 4th #SAvAUS Test in Johannesburg will be his last as Australia head coach.

Cricket Australia (CA) has issued 12-month bans to Steve Smith and David Warner - formerly the captain and vice-captain of the national team - and a nine-month suspension to Cameron Bancroft, having urgently investigated an incident that saw the latter attempt to alter the condition of the ball at Newlands using sandpaper.

Smith and Bancroft cut emotional and contrite figures as they addressed reporters on their return to Sydney, having been sent home from South Africa together with Warner.

And although CA determined Lehmann had no knowledge of the ball-tampering plan, the 48-year-old former Australia batsman has opted to bring his five-year tenure to an end, more than 12 months before his contract had been due to expire.

"My family and I have copped a lot of abuse over the last week, and it's taken its toll on them. After speaking with my family at length over the last few days, it's the right time to step away," Lehmann told a media conference. "I'm ultimately responsible for the culture of the team and I've been thinking about my position for a while. Despite telling media yesterday that I'm not resigning, after viewing Steve and Cameron's hurting, it's only fair that I make this decision. This will allow Cricket Australia to complete a full review into the culture of the team and allow them to implement changes to regain the trust of the Australian public.

"This is the right thing for Australian cricket. As a team, we know we've let so many people down and, for that, we are truly sorry", he continued. "I feel this was tough, but speaking to the players and saying goodbye, telling them the news, that's the toughest thing I've ever had to do."

Lehmann, who wiped away tears after reading a prepared statement, spoke up in defence of Smith, Bancroft and Warner, who all have the option of appealing against their charges and punishments. "The players involved have been handed down very serious sanctions and they know they must face the consequences," added the departing coach. "They've made a grave mistake, but they are not bad people. I hope the team rebuilds from this and the Australian public find it in their hearts to forgive these young men and get behind the XI who are going to take the field tomorrow [Friday]."