Cheers for your company tonight in an evening that saw Real Madrid progress to the quarter-final stage of the 2020/21 UEFA Champions League.

The draw takes place on Friday and you can read more about possible opponents, match dates here

Solid from Madrid and no-one will fancy facing Zidane's men in the quarter-final. The whistle sounds and smiles all round from Zidane as he shakes hands with Gasperini.

So, Atalanta's 2020-21 UEFA Champions League dream ends. A fine effort from the side from Bergamo who will now focus on Serie A.

We'll have five minutes of time added on.

Madrid are back in LaLiga action on Saturday as they travel to Galicia to face Celta on Saturday at Balaidos.

It's back to Serie A action and their battle to secure a top four finish for Gasperini. The Bergamo men are still alive in the Coppa Italia too.

By the way, the Atalanta goal was straight from the training ground with the three men running in certainly surprising Courtois and the Madrid back line

Fine finish from the Mallorquin to restore the two goal lead on the night to extinguish any glimmering hope the Muriel goal may have offered the Serie A side.

Asensio puts Madrid 3-1 ahead with his first touch....

Caldara on for Atalanta, Pessina off

Asensio on for Madrid with Valverde making way as Atalanta win a dangerous freekick.

Liverpool, Porto, BVB, Man City and PSG... along with probably Bayern and then either Chelsea or Atleti await in Friday's draw. Nothing easy about those opponents for the 13 time winners but one suspects Madridistas would prefer to face the Liga Nos side.

Courtois in action again dealing well with a long range effort from Atalanta. The Belgian is called upon once again and does really well making his body big to deny Zapata. Kroos carded for a trip on Ilicic.

It's been a 10/10 for Zidane in terms of game management tonight. They absorbed pressure and always kept Atalanta at arms bay.

Nacho carded for a high foot

In the other game tonight it remains, Man City 2-0 Borussia MG with Guardiola's men also set to claim their place in Friday's draw.

Final 20 of the tie and Atalanta can only but wonder what would have happened had they played the first leg with 11 men. The late Mendy goal very much conditioning the direction of the overall tie.

Change for Real Madrid: Vinicius off for Rodrygo

A half hearted hand-ball appeal from Atalanta as the ball hits Varane... VAR says no as Benzema rattles the post as Madrid break forward.

Zapata finally tests Courtois with the Belgian getting down well to deflect the ball.

Rodrygo and Asensio warming up for Real Madrid

Pressure off now for Zidane's men with the two goal cushion. Courtois still yet to be really tested by the side from Bergamo.

Pessina drives the ball across the face of the Real Madrid goal as Ramos makes way for Militao.

Vinicius has been a handful for the Atalanta rear-guard tonight and the Brazilian did well in winning the spot kick for the men in white.

Toloi off with Palomino his replacement

Right footed from the defender and that surely seals the tie with Atalanta now needing three goals to progress.

Illicic poised to come on as he removes his tracksuit. Militao also warming up for Madrid.

Despite not being exactly a roller coaster of emotions, the game is on a knife edge with both teams aware that the next goal will dictate the tie....

Vinicius with a mazy run and just prods the ball wide, what a goal that would have been from the former Flamengo man.

Zapata looks to back heel to Gosens but the assist was just over-hit by the Colombian.

The home side start the action ... the second 45' is off and running

When will Gasperini look to Illicic and Zapata's services ? Am confident we'll see both players in the first 15' should the result stay the same!

As things stand, Manchester City and Real Madrid will join Liverpool, Porto, BVB and PSG in the hat for the quarter final draw on Friday.

The moment when Benzema slots past Sportiello in the 34th minute after a blunder from the Atalanta stopper. The goal seeing Madrid comfortable with a 2-0 agg. lead. ...1-0 on the night.

No added time.... Madrid in control at the interval.

The goal also seems to have sapped some of the early belief from Atalanta too.

Long range effort from Malinovsky but the ball drifts wide.

Six goals in the past 5 games from Benzema ....

Final five of the half. It's been disappointing from the Serie A side despite some bright play in the centre of the park. Just once was Courtois called upon and that was a half chance.... at a push.

The game reverts to previous type with Madrid deep and Atalanta probing. Valverde carded for a late challenge

To win the game, Atalanta did need two goals, so nothing changes in that aspect. One thing for sure is that we'll have no extra time.

Poor from the Atalanta keeper with a poor clearance. Modric picks up the ball and slips the ball into the French striker. Easy for the Lyon born forward to slot home.

Atalanta do need this opening goal as Real Madrid are comfortable and transmitting the sensation of being totally in control of proceedings.

Sterling work from Benzema with the French striker assisting in defensive duty .... Madrid now starting to move through the gears.

Vinicius with the best chance of the night with the keeper on the ground... Madrid counter and a fine one-two between the Brazilian and Benzema is thwarted by the men in black and blue.

Pessina and Pasalic have impressed for Atalanta as we head towards the half hour mark.

Real Madrid are sitting deep, happy to absorb the Atalanta attacks and look to launch Vinicius and Benzema on the counter.

Neither keeper really called into action with the bulk of the action taking place in the central area of the Valdebebas pitch. Despite their neat play, Atalanta have yet to carve out a clear chance.

Porto, PSG, Dortmund and Liverpool are all in the draw for the next stage which will take place on Friday. As things stand it will be Zidane's men who join the quarter final draw.

Second corner for Atalanta as Lucas Vazquez blocks. Gasperini's side pressing now....Djimsiti latches on to the breaking ball but drives high and over the bar.

Muriel to take the free and Modric hacks the ball away

Ajax and Manchester City have been responsible for Madrid's exit from the Champions League in the past two seasons. Can Atalanta add their name to this list ? Corner for the men in black and blue as Mendy fouls and Tololi wins a dangerous free for his side.

Fine play from Pasalic on the left flank with Atalanta now pegged deep inside their own half.

Madrid now establish some domination possession-wise with the final ball just letting Zidane's men down.... nothing resembling a clear-cut chance for either side.

The visitors enjoying a brighter start in the opening phase of the tie... robust challenges being administered by both sides.

Nacho on the floor .... the defender is back on his feet which is good news for Zidane and his injury struck Madrid side. Courtois called into action as Muriel stabs the ball but straight at the Belgian stopper.

All set at Valdebebas, the visitors set to start the action... Atalanta need to score at some stage (and keep things tight at the back) to progress

No Casemiro tonight for Zidane with the Brazilian suspended after picking up a fifth yellow in Bergamo.

The sides are in the tunnel as the pink clad match officials lead both sides out to an empty Alfredo di Stefano. Madrid in their iconic all white, the visitors in their thin black and blue stripes.

Manchester City v B. Monchengladbach is the other UCL clash taking place tonight at the same time. We'll bring you the half-time and full time score from that game with City 2-0 ahead from the first leg.

Tonight's clash really is a tussle between European football nobility in Madrid and the new kids on the block from Bergamo.

Look away now Real Madrid fans with this Atalanta stat from Dermot Corrigan.

...and the Real Madrid XI

If you're joining us later, here's a reminder of the teams.... first up, the visitors from Bergamo

The first leg and defeat to Serie A leaders Inter are the blots on Atalanta's report card from their past five official contests. Gasperini's side are 4th in the table and aiming for a third successive spell in the UEFA Champions League aiming for a top four finish.

Real Madrid are unbeaten in five coming into tonight's game. The late win over Elche combined with a late draw in the Madrid derby keep Los Blancos title hopes alive.

There was a spot of bother for club officials this morning as it was revealed that the official Real Madrid club website had been hacked with a fake news story relating to Rodrygo being created.

Will it be the name of Real Madrid CF or that of Atalanta BC in the fruit-bowl at UEFA's HQ in Nyon?

More details on the draw and fixture dates here

Zidane opts for a 4-3-3 with in-form striker Benzema tonight augmented by Vinicius and the versatile Vazquez. 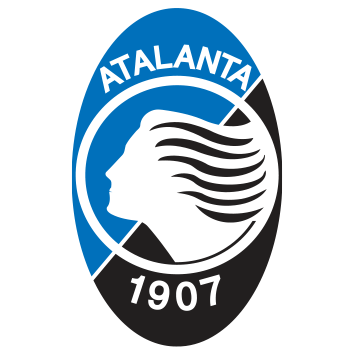 No place in the XI for Duvan Zapata with Luis Muriel being enlisted by Gasperini to lead the line for the men from Bergamo.

Still waiting for official confirmation of the Atalanta XI !

...with Dutch official Danny Makkelie in charge of proceedings at Valdebeas

Zidane's men will look to progress avoid any surprises. In the past two campaigns, Madrid were knocked out by Ajax and Manchester City in this round. The stats say the home side have won 11 of their last 12 fixtures against Italian opposition, including two victories over Inter Milan in the group stage this campaign.

Real Madrid are also focused on LaLiga, where they sit third with 57 points, two less than arch rivals Barcelona and six less than leaders Atlético Madrid.

Although the Spanish giants are not considered to be one of the favourites this season they proved the Champions League still seems to be ‘their’ competition in the first leg.

Can Atalanta pull off Italian job against Real Madrid?

Real Madrid will aim to prolong a strong Champions League record against Serie A sides against Atalanta, with the home side winning 11 of their last 12.

Atalanta will not alter their attacking philosophy while attempting to overturn a one-goal deficit in the second leg of their UCL last-16 tie at Real Madrid on Tuesday stated Gasperini.

Tonight's action at the Alfredo di Stefano stadium in Valdebebas on the outskirts of the city starts at 21:00 CET.

Zidane's side defend a 0-1 lead from the first leg with Mendy firing home late-on in Italy against the ten-men of Atalanta to put the Spanish side in a commanding position ahead of the game.

Hello and a very warm welcome to our live coverage of tonight's UEFA Champions League clash as Real Madrid face Bergamo based side Atalanta BC.