Pumas 0-0 América: as it happened 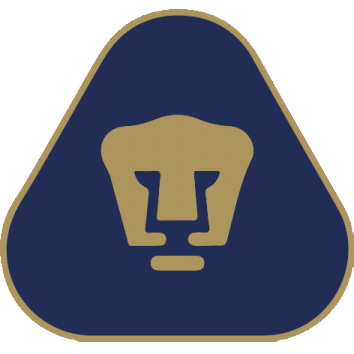 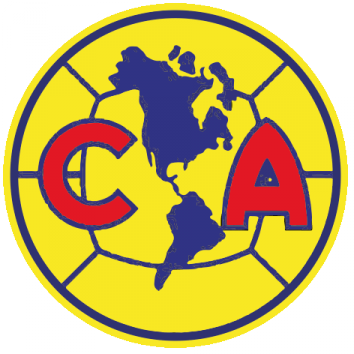 The game has ended at the Estadio Olimpico Universitario! Scoreless draw between Pumas and América. We will be back for the second leg of the quarter final on 27 November at the Estadio Azteca.

Miguel Layún takes the free kick from a long distance and his powerful shot is controlled by Alfredo Talavera.

Washington Corozo brought the ball down for Favio Alvarez and he tried to find the opposite corner as Guillermo Ochoa came out, but the ball barely went wide.

Substitution for América. Mauro Lainez comes out and he is replaced by Sebastian Cordova.

Dinenno headers the ball inside after a free kick but the ball went over the crossbar.

Washington Coroza makes a great cross from the left flank and Dinenno was able to beat Aguilera in the air to header the ball, but it went straight to the hands of Guillermo Ochoa.

The VAR checked the play and Higor Meritão was indeed off side.

Higor Meritão scores for Pumas, but the referee has called the off side. After seeing the reply from the broadcast, the referee made the right call.

América is having a hard time to come out playing from the back because of the high pressure by the strikers from Pumas.

WOW! Henry Martín runs down the right flank and sends a low cross to Richard Sánchez, who one-time hits the ball and it barely went wide. The reason it didn't end up in the back of the net is because a defender from Pumas was able to barely deflect the ball.

The good news for the visiting side is that Jorge Sánchez will be able to continue.

It is not clear what happened to the Mexican international.

Jorge Sanchez is bleeding from the nose and the medical staff has entered the pitch to assist him.

Miguel Layún takes the free kick but it goes over the crossbar.

Another substitution for Pumas. Leo Lopez and Sebastian Saucedo come out and they are replaced by Higor Meritão and Marco Garcia.

Saucedo takes the free kick from a long distance, but it was to lobbed and Guillermo Ochoa was able to control the ball easily.

Substitution for América. Federico Viñas comes out and Henry Martín takes his place.

Substitution for Pumas. Diogo comes out and Washington Corozo takes his place.

Miguel Layún controls the ball and gives it to Sánchez, who attempts a low cross, but the goalkeeper anticipates the play.

Both managers are ready to make some substitutions to try to change the course of the match.

Leo Ortiz attempts a shot from a long distance, but it goes wide because it got deflected.

This are the highlights from the first half.

The second half has started!

We to the break and we will be back for the second half.

Saucedo shot the free kick and Guillermo Ochoa dove to punch the ball away. Good attempt for Pumas.

Dangerous free kick for Pumas from a good distance.

América answers back with a breakaway and Federico Viñas made a powerful left footed shot from a tight angle and Alfredo Talavera punched the ball away from the box.

Chispa Velarde made a low right footed shot from the distance, but Guillermo Ochoa was able to control it.

Américas' defenders cleared the ball away.

Great save from América's goalkeeper Guillermo Ochoa after a dangerous free kick from Pumas. Diogo was able to header the ball back to the six-yard box, but the Mexican international was able to intercept it before a player from Pumas got there.

Caceres is booked for América.

Pumas has committed 10 fouls and Dinenno has been booked, the first one of the night.

There has been no shots on target so far. It has been a very tactical game that has been paused by a lot of fouls.

Chispa Velarde runs down the left flank and sends a great cross inside the six-yard box and Dinenno was able to header the ball, but he committs a foul against defender Emanuel Aguilera.

Richard Sánchez takes the free kick, but it was too strong and Pumas gets the ball back. Missed opportunity from the 'Eagles' to create danger inside the box of the home side.

A little exchange of words between Saucedo (Pumas) and Miguel Layún (América) after a tackle and América gets a free kick.

Dinenno was caught off side as he was trying to control the ball inside the box.

This is a special game for the Mexican international because he now has 500 games in Liga MX.

Another great long ball for Dinenno and the striker was able to header the ball as he entered the box, but it barely went wide. Pumas has taken control of the game.

Diogo de Oliveira's ball was a little to strong for Dinenno, who was waiting inside the box, and América gets the ball back.

Beautiful cross from the right flank from Miguel Layún looking for Federico Viñas, but the defenders from Pumas cleared the danger away. Nonetheless, a good opportunity for América to start the game strong.

The game has started at the Estadio Olimpico in the capital of Mexico!

América hosted Pumas UNAM during the 2021 Apertura tournament and they won 2-0. Richard Sánchez and Mauro Lainez scored at the Estadio Azteca to give the 'Eagles' the win and the three points. So América's head coach Santiago Solari has decided to start both players for the first leg of the quarter final.

Three Liga MX outfits (Cruz Azul, Club América and PUMAS UNAM) are based in Mexico DF with just the latter two clubs still involved in the 2021 Liga MX Apertura campaign after Cruz Azul were humbled at home last weekend in a 1-4 reverse to Monterrey in the repechaje stage of the competition.

The bracket saw current in-form Club América pitted against the University side in a game what is known as "El Clásico Capatalino" (The capital city derby), in one of the most high-profile domestic games in Mexican football.

Why is the América vs Pumas game called 'El Clásico Capitalino'?

What is the Liga MX playoff format and what are the rules?

The 2021 Liga MX Apertura reaches its final stretch as the eight remaining sides in the competition now know their path to the December final.

Last weekend, the teams who finished in fifth position through to 12th played in the 'repachaje' or 'play-in' with the four winners progressing to join the four top placed sides from the 17 Apertura games (Club America, Atlas, Leon and Tigres).

Who will win this game?

Pumas de la UNAM and Monterrey were the latest teams to secure their places in the quarter finals of the Liga MX 2021 Playoffs. Pumas took a 0-2 lead in their meeting with Toluca, with top scorer Leo López setting them on their way with a stunning opener from the halfway line on 16 minutes. Juan Ignacio Dinenno doubled the lead just after the break but Andres Lillini’s side had to ride out a nervy final half hour after Óscar Ortega coolly pulled one back for Toluca from the spot.

Why are Club América the most popular and most hated football team in Mexico?

A parallel study by Mexican consulting agency Mitofsky that América also top the ranking when it comes to 'Mexico's most hated club'.

Pumas UNAM vs Club América: preview, times, TV and how to watch online

After the conclusion of the Wildcard Weekend there are only eight teams fighting for the Liga MX trophy this campaign. One of the toughest matchups is the one between Club América and Pumas Unam that is set to begin on 24 November at the Estadio Olímpico Universitario and the second leg will be played three days later at the Estadio Azteca.

Hello and welcome to the preview and play by play of Pumas UNAM against Club América, quarterfinal game, leg 1, that will be played Wednesday November 24th at Ciudad Universitaria.