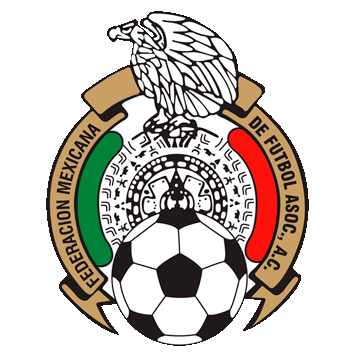 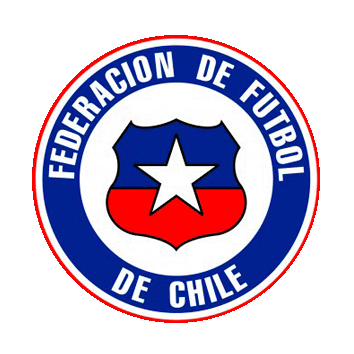 The game has ended at the Q2 Stadium. Mexico and Chile tied 2-2 in the last match for the CONCACAF side. Thanks for watching the minute by minute with AS.com. The CONMEBOL side will return for one last friendly before the year ends and they will play against El Salvador at the Banc of California stadium.

Corner kick for Chile and there are three minutes added of stoppage time.

Pablo Parra receives the ball after a rebound and he one-time take the shot with his left foot to find the the back of the net.

GOL! GOLAZO! GOAL! Chile has equalized the game to make it 2-2.

Marcelo Flores, who plays for Arsenal youth academy, makes his debut with the Mexican national team.

Great run from Uriel Antuna that ends up with a header by Fernando Beltran but it goes over the goal!

Sebastian Cordova intercepts the ball in the midfield and he takes a left footed shot as he was entering the box, but the ball was blocked by Sebastian Perez. The America player was by himself and he failed to find the back of the net because of his bad shot.

Jordan Silva and Arturo Gonzalez come out and they are replaced by Israel Reyes and Fernando Beltran.

Gabriel Suazo comes out and he is replaced by Nicolas Diaz.

Sebastian Cordova takes the free kick and puts the ball inside the box and Jordan Silva anticipates everyone to header the ball and find the back of the net.

GOL! GOLAZO! GOAL! Jordan Silva scores the second one of the night for Mexico.

AMAZING save from Sebastián Pérez! Chava Reyes makes a powerful low cross from the left flank and Santi Gimenez was able to tap the ball, but Pérez was there to save it.

Santi Gimenez makes a great solo place dribbling past to defenders to enter the box, but Sebastián Pérez came out as Gimennez shot the ball and cleared the danger away.

Pictures from the first half

Chile almost scored! Ivan Morales made a good cross inside the box and Jeyson Rojas' dove to header the ball but it barely went wide.

And away we go! The second half has started at the Q2 stadium in Austin, Texas.

Erik Lira comes in for Mexico and he will replace Alan Cervantes.

Marcelino Nuñez comes out and Victor Mendez takes his place for Chile.

There will be no stoppage time added. So we will return for the second 45 minutes.

Marcelo Flores has started to warm-up and he could see some minutes and make his debut with the Mexico national team.

Joaquín Montecinos ran down the right flank and his cross was a bit to strong, because Clemente Montes was a little to late to tap the ball.

Joaquín Montecinos dribbles past a defender and attempts a long shot, but the ball went over the goal.

Alan Cervantes attempts a long shot, but the ball went over the crossbar.

Marcelino Nuñez is booked after a tackle against Cordova.

Iván Morales received a ball from the right flank and his first shot was blocked by Carlos Acevedo inside the six-yard box, but in the rebound he was able to tap it and fiind the back of the net.

GOL! GOAL! GOLAZO! Chile has equalized the game thanks to Iván Morales.

GOL! GOAL! GOLAZO! Chile has equalized the game thanks to Iván Morales.

Claudio Baeza makes a solo play and takes a shot from the distance, but the ball went off target.

Marcelino Nuñez shoots from the distance and the ball barely went wide. The national team from Chile wants too equalize the game as soon as possible because they were dominating before Mexico scored the first goal.

Uriel Antuna send a powerful shot from inside the box, but Santi Gimenez was able to tap it to change the course of the ball and find the back of the net.

GOAL! GOL! GOLAZO! Santi Gimenez scores the first one of the night to give Mexico the lead.

A cross from the left flank intended to Montecinos, but he couldn't get there on time as he was approaching the six-yard box.

Carlos Acevedo makes an outstanding one handed save after the header from Benjamín Kuscevic after a freekick.

And away we go! The game has started at the Q2 Stadium in Austin, Texas. Last friendly of the year for the Mexico national team.

Several young players from Chile are going to make their debut with the national team at the Q2 Stadium.

Mexico's new logo gets leaked ahead of the World Cup

At the same time the Mexican Soccer Federation have confirmed that they will use the green kit if they book their ticket to the 2022 Qatar World Cup. They didn’t announce the new logo they will be using, but various journalists leaked the picture on social media to the surprise of many.

David Ochoa to return to Real Salt Lake next season

David Ochoa was labelled as the villain during the 2021 MLS Cup playoffs and helped Real Salt Lake make an impressive run to win the title. Over the weekend they lost to Portland Timbers 2-0 in the Western Conference final and they saw their season come to an end.

The 20-year-old goalkeeper, who was born in the United States but chose to represent the Mexico national team, was criticized because he said during an Instagram live that he should’ve won the 2021 MLS Young Player Award. He was also reportedly talking 'smack' to fans after RSL eliminated the Sounders with zero shots on goal during the entire 90 minutes.

This will be Mexico's last match of the year at they will play at the Q2 Stadium in Texas.

The last time Mexico and Chile faced each other was in 2019 and in that exhibition match 'El Tri' wono 3-1.

The players to watch for 'El Tri'

The starting XI of Chile

The national team of Chile arrived early to the Q2 stadium ahead of their exhibition game against Mexico.

Hello and welcome to the preview and play by play of Mexico vs Chile, international friendly game that will be played Wednesday December 8th at Q2 Stadium, at Austin.