Biris and Bukaneros ultra groups are out of step 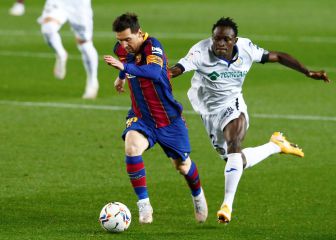 Biris and Bukaneros ultra groups are out of step

The Anti-violence Commission have formally declared Biris Norte (Sevilla FC ultras) a violent group and the club will now ban members from bringing parafernalia with the group's name into the Sanchez Pizjuan. Some are saddened by this development pointing to an older generation who throughout their life as Sevilla fans bought their Biris scarf to home games. No-one has issues with those people and it saddens me that a handful of violent types can tarnish the name of Biri-Biri, the famous Gambian who played for the club in the 1970's. The fan-group's name was inspired by the winger but the insistence of a violent path has led us to today's tipping point.

Biris are the ugly side of an otherwise exemplary club as is Sevilla FC. A similar situation existits with Bukaneros, the ultra group of second division outfit Rayo Vallecano. A group who have resisted the opportunity to amend their ways as Spanish football has forged a new path in the game after the shocking death of ‘Jimmy’ at the hands of Frente Atletico (Atletico Madrid ultras) in 2014. That tragedy prompted Tebas and Cardenal (with head of the FA, Villar taking a back-seat) to seek change in the stands of LaLiga grounds. Ultra and active-support groups were forced to register members and offensive banners and chanting was outlawed. The initiative has worked reasonably well but with pockets of resistance as is the case with Sevilla and Rayo ultra groups.

One could also add the Deportivo la Coruña ultra group (Riazor Blues) to the list as they are hell-bent on seeking justice for the assassination of their former member 'Jimmy' after the case was recently closed with no-one being sentenced. That there have been no charges for a barbaric act committed in broad daylight with witnesses is shocking and over time some of the Depor ultras certainly have changed their ways. I can find little positive so say about Biris or Bukaneros though. They are scourges on their respective clubs but the naming of Biris Norte as a violent group is certainly a step in the right direction.