Herrera remains an objective for Atlético Madrid and AS can report that a deal is close to be agreed between the club and the player who is out of contract next summer.

Atlético Madrid have returned to a long-time target in recent months with Ander Herrera again appearing on their radar. With 53 days to go until their transfer ban ends and they can register their signings in Vitolo and Diego Costa, they are thinking further ahead, and the former Athletic Bilbao midfielder remains a desire for the club.

The deal is close to completion, AS can report. Diego Simeone has given the move the thumbs up and the player also. Herrera has a deal with Manchester United until June 2018 and can start to negotiate with other teams starting in January meaning Atlético would be free to convince the player to leave the Premier League.

It is not the first time Atlético have been linked with the player as The Daily Mail reported during the summer of 2016 that Herrera was not entirely comfortable at Manchester United. Last season was his most successful at the club but the arrival of Nemanja Matic has forced Herrera to reconsider his place at the club and in the team. 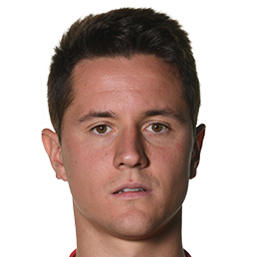