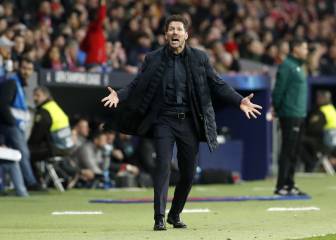 Once again, Cristiano Ronaldo cuts a sorry, sad figure. The idea of a new, improved contract exists only in his own head as it transpires that Real Madrid have a very different view on his future. The club feel that their star player is already sufficiently well paid (he earns 21 million euros per season) and had no qualms in making it clear that now is not the right moment to attend his wage demands - nor are they willing to break the bank for a player who will turn 33 in little over a fortnight (Raúl left Madrid after 16 seasons, aged 32...) The current contract unites player and club until June 2021. Cristiano, who played a key role in guiding Madrid to two consecutive Champions Leagues, feels that as a five-time winner of the Ballon d'Or, he has done enough to merit a salary in line with his value as a player.

Almost a decade of Cristiano versus Messi

Among his many accomplishments, Cristiano has managed to perpetuate the ongoing debate as to who is the best player on the planet, but adding a few more zeros to his bank balance won't change what lies ahead in the immediate future - and it's on those conditions which every contract is agreed and signed. And right now, what lies ahead for Messi at Barça looks more promising than what might be in store for Cristiano with Madrid.

There are three reasons which make me think that. Firstly: Bartomeu and his board are resolute and accomodating to every move that Messi makes, granting his every wish and making sure he has the best and most suitable players alongside him, while Florentino is more anxious to find and unveil his next galáctico rather than indulge the one he already has - and didn't hesitate in letting go the players who were closest to Cristiano in the squad (Pepe, James, Coentrão…); Secondly: looking at it purely from a sporting point of view, Cristiano's trajectory in LaLiga will gradually dwindle because he relies so heavily on his physical condition and like it or not, that is something which is finite for all of us; Messi meanwhile, has a little more time on his side due to his age (30) and particularly because he tends to lend his ingenuity to Barça's game - his style is more cerebral than passionate. And lastly: Cristiano doesn't seem to gel as easily with the players Madrid sign to compliment him in attack, which rasies question marks over whether it would be a good idea to sign a superstar who might steal his thunder (for example, Hazard) or render him a luxurious servant to young guns like Neymar or Mbappé. After frazzling some of his initial strike partners, Messi showed maturity by accepting and forging an understanding with both Luis Suárez and  Neymar (letting both of them take penalties and free-kicks) and they say he is now thrilled to bits to have Coutinho and Dembélé on board.

Cristiano, for however much talent and self-belief he has, is realistic. Even his own son knows who's the best. That's why, his strategy is clear to decode - ask for the moon at Madrid because that will make him feel overjoyed if he gets it, or conversely, turn his attentions to United if he gets fobbed off. With Messi recently extending his stay at Barcelona and without the energy to listen to offers from elsewhere, he knows that he could still reign supreme in England right up until the moment he decides to hang up his boots. Messi has brought out the best out in Cristiano - and vice versa. The Argentinean has obliged him to extract his very best to stay at the pinnacle of the game, win so many individual awards and also to elevate Madrid, restoring their pedigree on the European stage during a decade in which Barça, despite their brilliance, only really managed to dominate in Spain. But that is something which is extremely difficult, if nigh on impossible, to maintain. And he knows it. Messi can spend the next few years being Messi as well as taking on the duties usually performed by Iniesta and Xavi by dropping back a few yards when his own powers start to wane. Cristiano needs to be close to or inside the area; the days when he could streak past the opposition down the wing are coming to an end, and it has to be said that he has never been the most associative player. At United he will have everything he needs: made-to-measure football, fans who have never stopped worshipping him, Messi will be far away, he'll be top dog and his bank balance will be healthier than ever.