Zidane is not just an ego soother 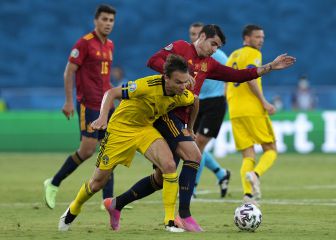 Zidane is not just an ego soother

I read a quote once from Rodney Marsh, the English coach and TV pundit, that plainly stated: “All you have to do as a coach is keep 11 players happy; the 11 substitutes that is. The other 11 are happy because they’re playing.” Well, perhaps that’s not “all” you need to do as a coach, but yes it’s an important part of it. And of the many things that Zinedine Zidane does well, this is one of them. It’s curious to what extent he manages to maintain the focus of all the players in a squad littered with world stars and internationals of the highest quality, half of which can’t play every week. Right now he’s reenlisting James Rodriquez.

But this isn’t Zidane’s only strength, as we are now seeing. Zidane has already shown signs of tactical wisdom in what we might call the chess aspect of football. Against Sevilla’s Sampaoli, a great in this area, he demonstrated this well on Wednesday night. Sampaoli himself was surprised at the end of the match, saying: "This is the first time we have been beaten like this." He did not even bother complaining about the referee, and for that he had reason. He was left stumped by Zidane tactics and the way Real Madrid suffocated Sevilla (a result of Zidane’s choice of forwards in the absence of Benzema and Cristiano). It was a bold decision that ended up winning the day.

Zidane can no longer be doubted

Zidane arrived as first-team coach amid distrust. Visibly it was a measure of self-protection by Florentino Perez at the time, who a year ago was at his lowest point. Zidane didn’t come from RM Castilla with great merit: he was a novice without much reputation. But Zidane has really emerged, not only by the way he has tempered problems with the president, but through his progressively bold decisions. He’s sured up the midfield with Casemiro, sacrificing stars in the process, managed the egos of the BBC, accepted with good face that the club didn’t bring in Pogba (his only request), and is now showing signs of a tactical nous that’s beginning to get noticed. A year has passed since his arrival and it is now very difficult to doubt him.