Leon took the win in the first leg

The game is over! Leon came from behind to defeat Atlas 3-2 in the first leg of the 2021 Liga MX final. We will be back for the second leg at the Estadio Jalisco on 12 December and thank you for watching with AS.com. 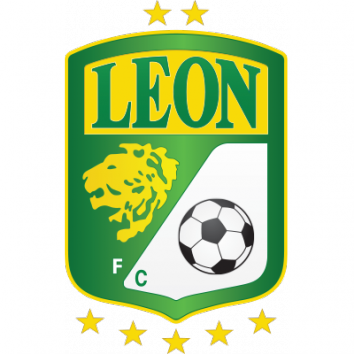 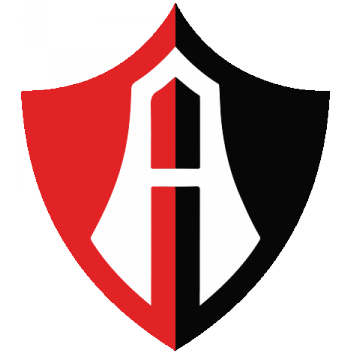 Last substitutions for Leon. Jean Meneses and Angel Mena come out and they are replaced by Fidel Ambriz and Elias Hernandez.

Now Atlas is going full offense to look for the equalizer.

GOL! GOAL! GOLAZO! Angel Mena scored from the spot to make it 3-2! Leon has taken the lead for the first time in this match.

Penalty in favor of Leon. The VAR is checking the foul.

Jose Abella, who entered the game a few minutes ago, is booked.

Davila, who scored the first goal for Leon, is booked.

GOL! GOAL! GOLAZO! Angel Mena tapped the ball after a big mistake from the goalkeeper from Atlas, Camilo Vargas.

GOL! GOAL! GOLAZO! Angel Mena tapped the ball after a big mistake from the goalkeeper from Atlas, Camilo Vargas.

Substitutions for Atlas. Édgar Zaldívar and Aníbal Chalá come in replacing Marquez and Luis Reyes, who scored the first goal of the night.

Substitution for Club Leon. Omar Fernández comes out and he is replaced by Emmanuel Gigliotti.

Substitution for Club Leon. Santiago Colombatto comes out and he is replaced by Luis Montes.

Free kick for Leon and Rocha (Atlas) is booked after the foul.

The VAR checked the play for a possible foul, but the referee has given the goal to Atlas, who now lead 2-1.

GOL! GOLAZO! GOAL! What a left footed volley from Julio Furch to give Atlas the 2-1 lead.

Julian Quiñonez received a long ball inside the box and he was able to bring it down, but his shot was blocked by a defender from Leon.

What a strike from Jean Meneses from the distance and the ball barely went over the goal.

What a great counter attack from Leon. Angel Mena runs down the right flank, but his cross was not on target and Camilo Vargas (Atlas' goalkeeper) easily anticipated the ball before Davila could header it.

The second half has started at the Leon stadium.

The first half has ended we will be back for the second 45 minutes.

Tesillo goes down the left flank and sends a powerful low cross to the second post looking for Angel Mena, but he couldn't get there on time to tap the ball.

What a strike from Jean Meneses, but the ball went wide.

Victor Davila volleyed the ball with his left foot from outside the box to find the back the net. What a strike from the player from Leon!

Julio Furch is called off side.

Andrés Mosquera goes down due to apparent hamstring injury. It looks like he will not be able to continue and Fernando Navarro wiill take his place.

The player from Atlas receives the ball near the penalty spot after a throw in and his shot with his right foot found the back of the net.

GOL! GOAL! GOLAZO! Luis Reyes scores the first one of the night for Atlas.

Julio Furch attempts a strike from a tight angle, but he couldn't get enough power.

Great low cross from Luis Reyes looking for Julio Furch, but the striker got there late.

Diego Barbosa is booked after a hard tackle against Mena.

Angel Mena takes the free kick from the distance, but the ball goes over the goal.

And away we go! The first leg of the Liga MX has started in Guanajuato between Club Léon and Atlas FC.

Sold out crowd at the Estadio León

When and where is the 2021 Liga MX final between León and Atlas taking place? Dates and times

Atlas booked their place in the final after beating Pumas as the highest seeded team after their semi-final ended 1-1 on aggregate. Curiously, León advanced via the same route – their semi-final, against Tigres also ended level. It ended 3-3 on aggregate but León, the No.3 seeds just edged out Tigres who were one place below them in the seeding ranking.

How do the Liga MX Apertura and Clausura work? When is the Apertura final?

The Liga MX season is divided into two league tournaments. The Apertura ('opening') and the Clausura ('closing'). The Apertura winner is about to be decided in Mexico and it takes place between July and December. The Clausura runs from January to May.

Atlas has arrived to the Estado León.

What are the rules and format for the Liga MX 2021 Apertura Playoff final?

León and Atlas go head to head this weekend in the final of the Liga MX Apertura. The two-legged affair will take place on Thursday and Sunday, with the first leg at the Nou Camp, while the second leg will be played at the Jalisco Stadium, where the new Mexican champion will be revealed.

When was the last time Leon and Atlas played in a Liga MX Final?

The first leg of the Liga MX Apertura 2021 final will be held at León's Nou Camp next Thursday while the second leg will be played at the Jalisco Stadium in Guadalajara on Sunday evening, where the new Mexican champion will be crowned.

Hello and welcome to the preview and play by play of León vs Atlas, game that will be played Thursday December 9th at Estadio León.