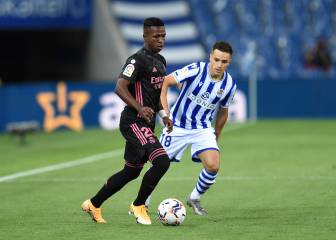 Jan Oblak will not play in Slovenia's friendly with Belarus on Tuesday and will head back to Atlético Madrid to have an injury assessed.

Atlético Madrid have recalled Jan Oblak from international duty with Slovenia due to concern about his fitness.

Leaves Slovenia squad to "avoid any risk of a relapse"

The club are concerned about "discomfort" the goalkeeper has experienced during recent weeks and asked Slovenia to allow him to return to Spain "to avoid any risk of a relapse".

The 25-year-old picked up an injury to his left gluteus this month and missed both legs of the Europa League last-16 win over Lokomotiv Moscow.

He will skip Slovenia's game with Belarus on Tuesday and return to Madrid, where medical staff are expected to assess his condition.

Testing run of games coming up for Atlético

Atleti face a tough run of fixtures in the coming weeks, starting with a home LaLiga game against Deportivo La Coruña on Sunday.

Diego Simeone's side then meet Sporting CP in the Europa League quarter-final first leg before a derby clash with Real Madrid on 8 April.

Oblak: "My future? It's difficult to know what will happen"