Chiefs 19 Vs Cowboys 9: how it happened

The Cowboys are confusing. They barely lost to last year's Super Bowl winners. Then they won 6 games in a row, including one win against the Vikings (who just beat Aaron Rodgers and the Packers) without Prescott. Then they nearly got shut out by the Denver Broncos in an embarrassing home loss. Then they nearly shut out the Falcons with a 40-point win. And now this loss to the Chiefs in which they couldn't even make it into the end zone. What's happening with you boys?

The Chiefs were certainly happy to have Clyde Edwards-Helaire back from IR. He ran for 63 yards and a touchdown. Patrick Mahomes had a good day with 23 of 37 for 260 yards (albeit also with one interception and one fumble), but it was the KC defense who really shone in this Cowboys brutality. Chris Jones had 3 and a half sacks and forced and recovered a fumble and Charvarius Ward intercepted a Prescott pass in the end zone.

The injuries on the Cowboys side definitely help to explain some of their issues today. Amari Cooper, Tyron Smith, Randy Gregory all out to start plus CeeDee Lamb leaving before halftime all added to the Cowboys suffering. Without that help, Dak Prescott had one of his worst games yet, with 216 passing yards and two interceptions. Micah Parsons, who had three sacks and forced a fumble, tried hard to help out the Cowboys, but it just wasn't enough, and the Cowboys couldn't get into the end zone.

In the first half, Mahomes led the Chiefs on an 86-yard run and a Travis Kelce TD and then a 65-yaed run and an Edwards-Helaire TD. The Cowboys, meanwhile, got one Zuerlein FG to make it 16-3 at the half.

The Cowboys couldn't get into the end zone the entire game as the Chiefs defense held them to three field goals. A rough loss for the Cowboys but a much-needed win for the Chiefs. 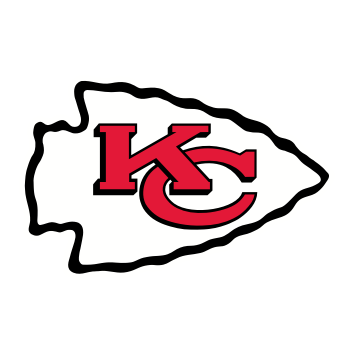 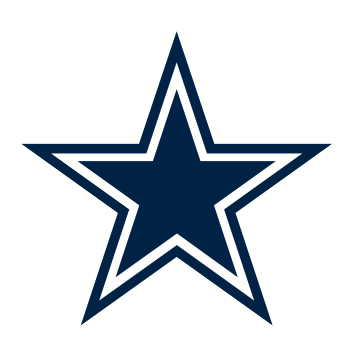 Chiefs will kneel it out to end the game

Prescott pass is INTERCEPTED by Sneed to seal Dallas' fate

Butker punts 31 yards to the Cowboys 3 and it's downed by the Chiefs Allegretti - Dallas will get the ball at their 2 with no timeouts and 2:35 in the game

Mahomes is SACKED by Parsons for a loss of 7

Dallas takes first timeout of the half

KC makes it up the field to the Dallas 32

Anger punts it away

Prescott pass to Elliott is complete for a 3-yard gain but he's tackled by Fenton who crawls over to the bench, seemingly injured

The Cowboys will take over at their own 41

51-yard Field Goal attempt by Bucker is NO GOOD

The Cowboys are barely surviving on field goals this game. Defense is trying hard to keep them in the game, but the Chiefs' defense is just plain outplaying them. A 3rd and out and Prescott sack forced them to another field goal attempt instead of the touchdown they desperately needed here. 12:56 left in the 4th quarter.

At 3rd and 13, Prescott is SACKED by Jones

End of the third quarter

Another big 17-yard pass to Wilson to the KC 35

KC is held to 4th down but they're able to get far enough down the field to get a field goal at 53 yards away. The Cowboys need a TD on this next drive with 3:25 left in the 3rd quarter.

I am actually surprised it's only a 10-point game considering the way this game is going, but here we are. The Cowboys resort to another field goal to get points on the board in the second half after Kearse intercepted a pass by Mahomes to give the Cowboys another chance to stay in the game.

Mahomes pass is PICKED by Kearse and he runs it all the way up to the Chiefs 36 and a gain of 34 yards.

Edwards-Helaireruns it up the middle to the Cowboys 35 for 6 yards but there's a penalty on the Chiefs - Offensive Holding, 10 yards - 2nd and 20

To start off the second half, Mahomes is under pressure with an incomplete pass that he threw away

Game leaders going into the second half:

Here's a look at that Touchback by the Chiefs

The Cowboys are looking a lot more like the team we saw against the Broncos. They're playing sloppy and the missing key players are making a difference. They weren't able to get a touchdown the entire first half, and managed only one field goal in the first quarter.

Meanwhile, Mahomes and the Chiefs are dominating on offense. The defense is making moves too with forced fumbles, sacks, and interceptions. Two touchdowns and a field goal put the Chiefs up 16-3 at the half.

Prescott pass caught by Lamb for the first down

There's a scuffle between Fenton and Goodwin - 2 penalties for both

Prescott pushed out of bounds after trying to run it, brings the Boys to 4th down again

Two-minute warning in the first half

Anger punts it away

Cowboys defense is able to hold the Chiefs to 3rd and 4, and they're doing a defensive rotation to try and stop them

Prescott's pass to Gallup is nearly picked by Sneed, and it's incomplete - 4th and 5 and the Cowboys punt it away

Pollard breaks through for a gain of 5 yards, Prescott throws an incomplete pass to Brown that would have given them a huge gain but he dropped it and they're brought to 3rd and 5

Another flag, but this time it's on the Chiefs for Illegal Use of Hands - Cowboys luck out with an automatic first down here

Pass to Schultz COMPLETE but the Cowboys mess up the opportunity with a penalty yet again with an Offensive Holding. Instead of a 17-yard gain, they're brought to 3rd and 19

Pass to Schultz COMPLETE but the Cowboys mess up the opportunity with a penalty yet again with an Offensive Holding. Instead of a 17-yard gain, they're brought to 3rd and 19

Another Dallas penalty - anyone surprised?
Offensive Too Many Men on Field - 5 yards - bringing them to 1st and 15

The Cowboys just can't seem to get any yards. They're held to 3rd and 7 - let's see if they'll convert here

Cowboys have their work cut out for them. The Chiefs got another few huge plays to get right down the field and into the end zone quick in the second quarter (14:08 remaining)

Edwards-Helaire takes the ball right into the end zone, without a problem but there is a flag on the play - Unsportsmanlike Conduct but the Touchdown is GOOD

The Chiefs take off on a 39-yard by Pringle

Cowboys making lots of mistakes and the absence of Amari Cooper is definitely making a difference on the big plays. They're able to get a 33-yard field goal to put them on the board with 2:54 left in the first quarter.

The Cowboys - famous for penalties

With 7:55 left in the quarter, the Cowboys are down 9-0 after fumbling the ball and giving it back to the Chiefs. They hold them to 4th down, but the Chiefs field goal attempt is good, and they're up by 9. Cowboys looking rough, Chiefs looking like they mean business.

Not looking good for the Cowboys

Looks like the Chiefs came to play today. They put up the first points of the game with a touchdown run from Travis Kelce with 10:01 left in the first quarter.

PAT is NO GOOD

Penalty on the Cowboys at 3rd and 2 - Encroachment - they just gave the Chiefs a 1st down after the first mistake the Chiefs made this game, and now the Chiefs are at 1st and goal

Mahomes pass complete to Hill and he is going going GONE for a huge 34-yard run! At the KC 39

It's all about Edwards-Helaire for the Chiefs' first drives of the game. After three runs and a first down, Mahomes throws for a complete pass to Hill for another first down

Cowboys brought to 4th down on first play of the game

Prescott overthrows way too far for an incomplete to Gallup before a fake run and complete pass to Lamb just short of the first down. At 7 and 2 on third down, Prescott throws a bullet to Brown, but he drops it and they're brought to 4th down.

Kickoff has begun! Pollard takes off and gets the ball to the 25 where Dallas will take the ball

We are just 5 minutes from kickoff in Kansas City - Cheifs fans are ready!

Cowboys will be without Cooper and Gregory

The Cowboys will be playing tonight without two of their best weapons - Randy Gregory and Amari Cooper.

Randy Gregory was placed on IR earlier this month and his absence is definitely felt. Even after missing two games, Gregory STILL leafs the team in quarterback pressures. It's Micah Parsons who has been picking up most of the slack and surely the Chiefs will be watching for this.

The news got worse when the Cowboys discovered they would have to put Cooper on the Covid/Reseve list. Michael Gallup and CeeDee Lamb will have to step it up big time for the Boys today.

Who is the better QB?

Patrick Mahomes and Dak Prescott are undoubtedly two of the best quarterbacks in the NFL right now. If we just look at their accomplishments, so far, Mahomes has Prescott beat. He's won NFL MVP, Super Bowl MVP, and a Super Bowl ring. But this year, Prescott is making a case for being the better of the two.

So far, Prescott has completed a larger percentage of passes than Mahomes, but Mahomes has accumulated more yards. Prescott is averaging more yards per completion. Mahomes has had 25 touchdowns to Dak's 20. But Dak has only thrown 5 interceptions to Mahomes' 10.

Because of Dak Prescott, though, the Cowboys are leading the league in yards and points per game.

So far this season, it's Prescott who's ahead statistically. Tonight we will find out how they fare against each other.

Hello and welcome to our live feed of the Kansas City Chiefs vs Dallas Cowboys game! It should be a thrilling matchup as we find out who will win the battle of the quarterbacks. The 7-2 Cowboys play in Kansas City against the 6-4 Chiefs. It's a nice, sunny, Fall day in Kansas City at 56 degrees - perfect Sunday football weather.

Kickoff begins at 3:25 p.m. at Arrowhead Stadium. Stay tuned for updates and commentary on today's exciting game right here on AS USA.