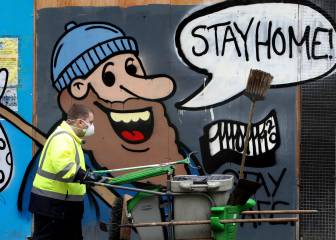 An agreement was reached for the CSL's Tianjin Quanjin to sign Radamel Falcao, only for the club to cancel the deal for the Monaco striker. Nadal-Anderson: US Open Final

Tianjin Quanjin tore up a contract to sign Radamel Falcao as he does not suit their style of play, the club's billionaire owner has said.

The Chinese Super League newcomers already have Alexandre Pato and Axel Witsel on their books and recently parted with Luis Fabiano - who returned to Brazil to join Vasco da Gama.

Tianjin were also heavily linked with Diego Costa but the Spaniard's former Atletico Madrid team-mate Falcao came even closer to a move to China, only for coach Fabio Cannavaro to cancel the deal, claiming the Colombia striker did not fit the team's style.

Falcao meanwhile has revitalised his career at Monaco, scoring 24 goals in all competitions for the Ligue 1 leaders.

Despite the collapse of the Falcao deal, owner Shu Yuhui says new players of the calibre of Costa will be joining the club in June.

No limit to budget

"Theoretically speaking, there is no limit on transfer budget in the summer. We can target whoever we want. But on several occasions, our targets are reluctant to join us," Shu said at a media conference.

"We made an attempt for Pato last year but he was not willing to come because our club was still in second division then. After we get promoted, he came.

"We also approached Diego Costa and other stars. It remains to be seen who will join us in June but I can assure you that the new players will be on the same level as Costa.

"Not long ago, famous football Jorge Mendes came to the city of Dafeng to meet us. We had an overnight negotiation and Radamel Falcao was about to sign the contract to join us. However, the deal was scuppered by Cannavaro who later told us he doesn't suit our style of play.

"Price and reputation are not our only concerns. We have to apologise to Mendes."